We are a commercial vehicle and equipment leasing company, providing business solutions for new and established businesses across Canada. We are "Focused on Solutions®". We strive to provide our strategic partners with competitive, unique and innovative equipment financing products and services to assist their customers to finance their growth and their dreams.  We are proud to be one of Canada's only broker-based equipment and vehicle leasing companies.

We asked our team members to express our company goals in their own words. Here's what they said: 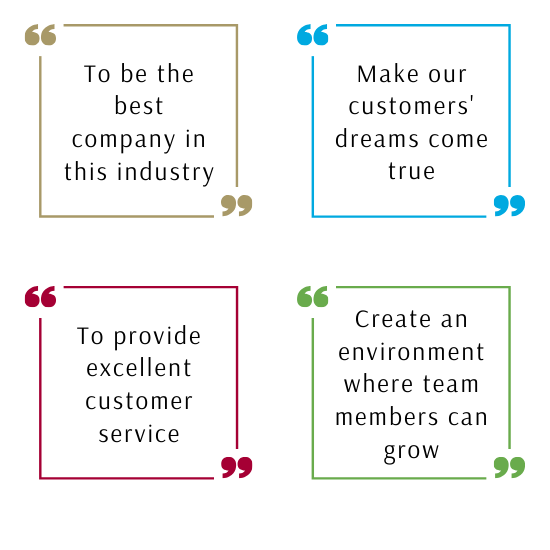 We have three distinct brands under the Bennington umbrella and they service different credit markets. By offering expanded risk segment coverage, we are able to maintain a customer for life focus.

Click to visit Equirex's site (a new window will open)

Click to visit Bodkin's site (a new window will open) 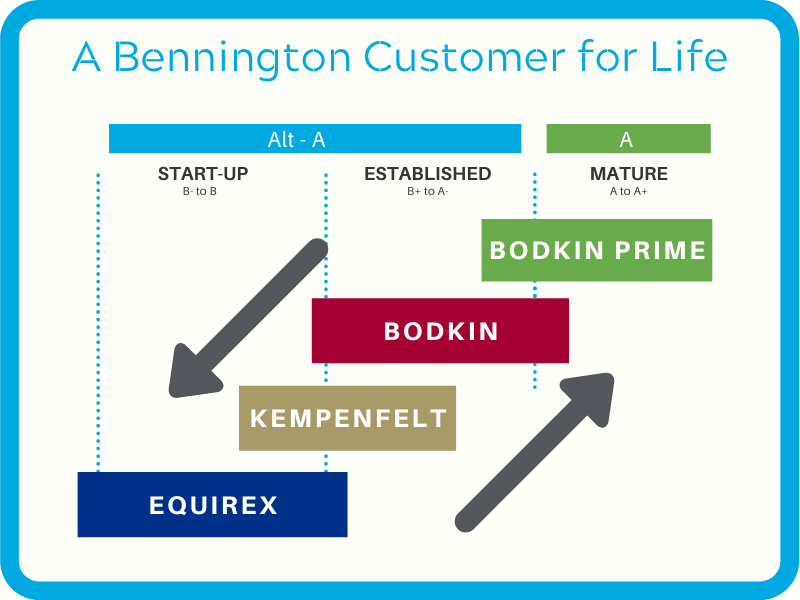 How We Do Business

Larry is the Founder and Executive Director of Bennington Financial Corp., having started Equirex Leasing Corp. in 1996. In 2011, Larry purchased Bodkin Capital, a privately owned and established commercial equipment and vehicle leasing company. With this purchase, he formed Bennington Financial Services Corp., under which the Equirex and Bodkin brands would reside. By 2018, with Larry's vision, drive, and guidance, Bennington Financial Services Corp. had become the largest independent commercial equipment and transportation leasing company in Canada, specializing in the alt “A” credit segments.

In 2019, Bennington was purchased by Equitable Bank and became a wholly owned subsidiary of the Bank. The company was renamed Bennington Financial Corp.

Larry has over 50 years of business experience in multiple senior executive positions throughout Canada.

Joe is Bennington’s Chief Financial Officer. He joined the company in 2020 with over 25 years of Finance and Accounting experience in the financial services industry. Prior to joining Bennington, Joe was the Director, Finance Projects and Internal Controls for Bennington’s parent company, Equitable Bank. He joined Equitable Bank in 2017 after having held several Finance positions at CIBC including Director, HR Financial Governance and Controller of CIBC Investor Services Inc. Joe holds an MBA from Wilfred Laurier University and is a CPA, CMA.

Amanda is Bennington’s Vice President, Operations, responsible for the Funding, Contract Modifications, Quality Assurance, Customer Service and Insurance Departments. She started her career in 1989 at Pitney Bowes Leasing, moving to CITI Capital in 2003 before joining Bodkin Leasing in 2006. This experience combined with her time at Bennington adds up to over 30 years of leasing industry experience.

Shahan is Bennington’s Vice President, Legal and General Counsel. Shahan joined the company in 2012 as Legal Counsel and has practiced law for over 10 years. Prior to joining Bennington, Shahan worked for different law firms in the Greater Toronto Area. Shahan obtained his B.A. (Hons) from the University of Toronto, graduating with high distinction and earning his J.D., from the University of Toronto.

Sergio is Bennington’s Vice President, Credit. Sergio joined the company in 2009 as a Credit Analyst, moving into various Credit management roles over the years, including Director, Credit for Equirex Leasing Corp. In 2019, Sergio was promoted to Vice President, Credit for all Bennington brands. Prior to joining Bennington, Sergio worked for RBC from 1995 to 2001 and for Wells Fargo Auto Finance as a Lending Manager from 2004 to 2009. Sergio holds a B.A. from the University of Toronto and an M.S. Ed. from Daemen College.

Raja is Vice President, Business Development at Bennington. He joined Bodkin Leasing in 2003 as Senior Vice President, Corporate Development. Prior to joining Bodkin, Raja was Vice President, Financial Services at Pitney Bowes Credit Corporation and has also held senior leadership roles at Tilco Party Time/Tilco International, Paccar Finance Service Ltd. and Carlson Marketing Group Ltd., where he started his career. Raja attended Humber College as well as Ryerson University and the University of Toronto with a concentration in Accounting and Auditing and holds the designation CPA, CGA.

Dave is Bennington’s Vice President, Technology. Dave joined Bennington in 2018 as the Director of Information Technology and has over 17 years of IT leadership experience. Prior to joining Bennington, he held a variety of IT leadership positions including IT Director, IT Operations Manager and IT Manager at InvestorCOM and BIOX.  Dave started his career as an entrepreneur leading architecture, design and development of applications at his small start-up for several years. Dave holds a Bachelor of Technology Degree from McMaster University as well as a Master of Business Administration Degree (MBA) from Degroote School of Business.

Zoom Out | Zoom In
Contrast Mode